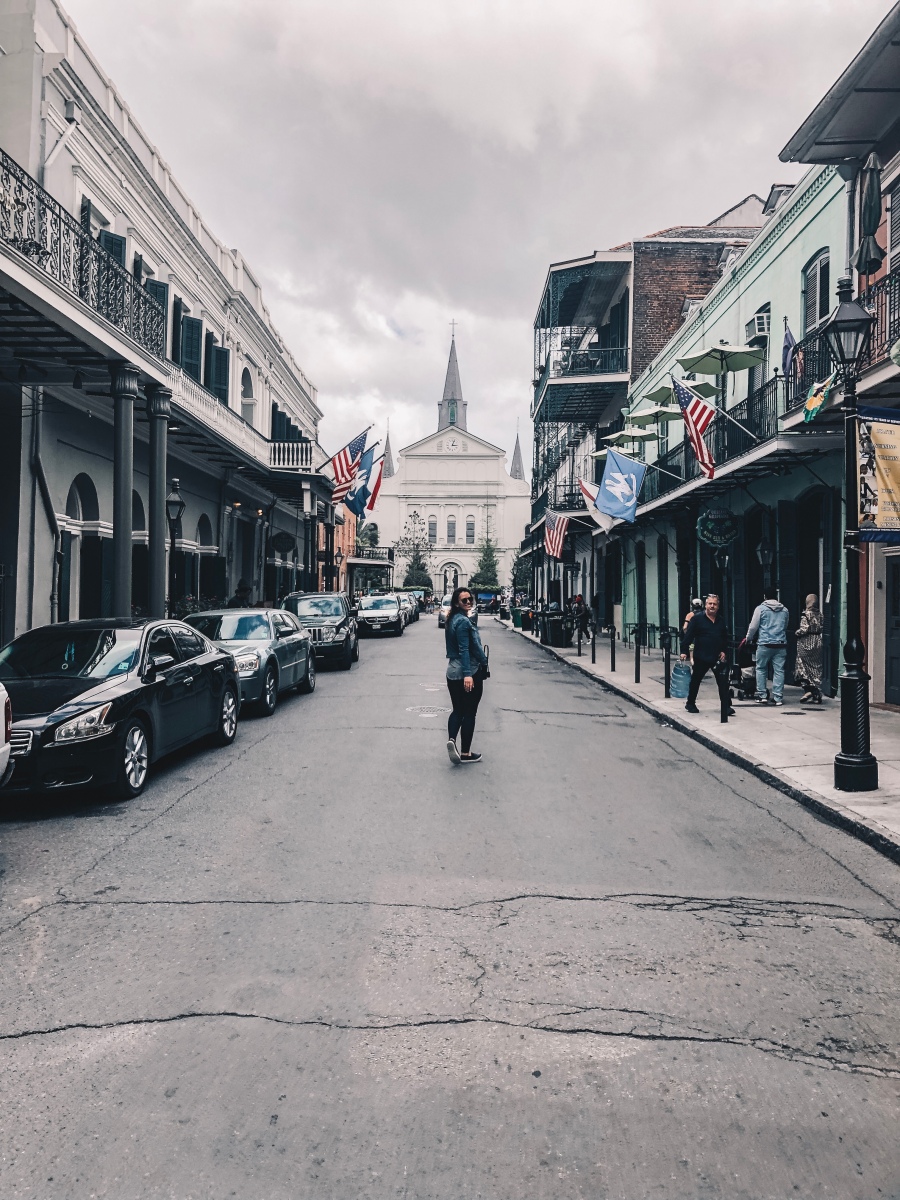 My Monday night has turned boring. Definitely having Bachelor blues. I’m super happy for the new couple but more excited for the new Bachelorette! I can’t wait to hear my husband groan through it and laugh again. It’s quite enjoyable watching him suffer through a “chick flick”.

Okay enough of that. Can we talk about being a victim? Raise your hand if you’ve personally been victimized by Bourbon Street.

There’s nothing like that stench on every corner, green grenade drinks and voodoo daiquiri that reminds you of your grape cough syrup as a kid. Except with Everclear 190. Nonetheless, what a fun place. Definitely did not do any flashing of any kind to get my beads. Please don’t be stupid and flashing is not cool. Nobody wants to see something illegal.

With it being a St. Patrick’s day weekend, it was definitely a busy one. Packed. Long lines at your favorite restaurants and museums. Plenty of people watching and good times on their unstable wraparound porches.

Here are my favorites to enjoy.

Heed of warning and I’m just going to leave it right here. New Orleans will make you a sloppy bridesmaid.

Congratulations to the new Mr. And Mrs. Seraile!

This is still quite a journey.

If you have no clue what I’m talking about, please go back to Part One and Two.

After the last blog, I discovered more food that I may be sensitive to while eliminating most of the food on the list I tested for positive sensitivity from Part One.

One, my acne had gotten worse. It was more cystic than anything I’ve had before. When I suffered from chronic poor sleep, I was up at 1:30 – 3 am almost every night which is the liver/gall bladder time. I had done a gallbladder flush in the process and passed a ton of stones. That process entails drinking organic apple juice for 5 days which my liver wasn’t able to digest the sugar enzymes due to how inflamed it was in the beginning. The doctor put me on a few liver supplements to help with it because the acne location was centered around my chin and nose. And that stems from the liver according to my Esthetician and Chiropractor. As a massage therapist, learning Traditional Chinese Medicine has also taught me this as well. My liver had been chronically inflamed for some time due to my leaky gut.

My blood panels would show a healthy number but it definitely showed elsewhere. My face.

Two, I also learned leaky gut is what causes this. But I was in the process of healing it but why is my skin still having volcanic eruptions?

Research has taught me a few things. Lectins are proteins in some fruits and vegetables that can cause gut inflammation but are considered healthy foods by most people. I’ve been growing most of the “nightshades vegetables” which have lectins and not knowing those “healthy foods” were causing the stomach and skin issues I’ve been having. So that’s stopped. My skin has been slowly healing since then.

Speaking of the elimination diet, I’ll be doing this a few more weeks and slowly adding some of the eliminations back in one at a time to see what reaction I have. If there’s an obvious reaction, chances are it’s not good for me. Listen to your body! What affects me may not effect you.

What I’ve eliminated so far:

A lot of people have been telling me “You only live once. Stop worrying about it.” Exactly. I have only one life and plan to live it to the fullest. I can’t stand watching other people suffer and at the same time ignore their health but that’s their choice. I have always enjoyed life but will be able to enjoy it better. I am not worried either. It’s really more about taking the next step to bettering your health. Functional Medicine is really going to help me in the future.

Books my dear friends have recommended:

Link to it included

“Let medicine be thy food and let food be thy medicine..”

So, I’ve got this garden and it’s literally giving birth to multiple zucchinis a day that it’s so hard to keep up with them! Not that I don’t love them or anything crazy. Just stop growing!

Zucchinis or not, I’ve been giving them away to friends, neighbors and eating them on almost a daily basis. They are super good for you. Rich in fiber, very low glycemic load, and fill of potassium and vitamin A and vitamin C.

And you can do anything to it. Eat it raw, grill it, bake it, sauté it, or add them to your baked goods which is what I’ve been doing lately. I’ve been adding so much zucchini in my oats for breakfast. Keeps me filled for the rest of the morning!

My awesome neighbors invited us over for a 4th of July BBQ and I made this Paleomg’s recipe for chocolate zucchini bread and added my own dark chocolate syrup to drizzle over it.

It stirred up the idea to do a protein mug cake. I love how moist and delicious it is. Not super sweet but super easy to make!

Just gather up these ingredients below. Mix the dry in a separate bowl before adding in the wet with the zucchini. It should be a green dough consistency. Don’t let the color freak you out, it’s from the greens in the Vega powder! Pour mix into a greased mug or soufflé dish (really, whatever you have on hand will work). Microwave for 2 minutes and you have your DELISH moist mug cake. Sit back and share this with your partner or not!